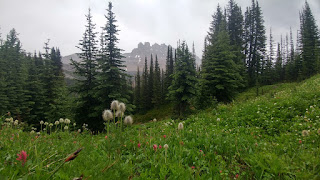 Nothing pisses me off more than excuses.  I intensely despise excuses and have absolutely no tolerance for them.

I have tagged numerous IG posts with #noexcuses and #nononsense and I gravitate towards books like Extreme Ownership by Jocko Willink & Leaf Babin and What Doesn't Kill Us by Scott Carney.  My level of intolerance for unjustified excuses reached a whole new level this week and I found myself pounding the road this morning raging against the excuse machine.  I found myself silently shouting expletives and mentally telling everyone off.

And then later this afternoon as I reclined on my patio with a cold drink, I opened up The Laws of Human Nature by Robert Greene (happens to be free on Audible right now so grab it!!!).  I've been reading his textbook on what drives humanity for over a year.  Every chapter gives me a lot to process.  There is one overriding theme to every single chapter: whenever you feel strong resistance to a trait in another person, examine yourself.  You are likely repressing or resisting something within yourself that leads you to resist and criticize others.

I am in a leadership role at work and needless to say it has been anything but easy during the COVID-19 pandemic.  Decisions have to be made in minutes and hours that would usually take days and weeks.  Tasks need to be executed immediately when usually they could take weeks. A day has become a week and a week a month.  If you can't keep up you could cost your company or your coworkers  desperately needed income and threaten the viability of...everything.  The stakes have never been higher. With great power comes great responsibility and with that great expectations.

So amidst this high pressure environment, when I find someone on my team who hasn't done what is expected of them and called them on it, I have been hearing a lot of excuses.  This has invariably made me rather impatient and distressed.   But when is an excuse a reason? I have determined that a reason is valid and an excuse is not.  There are always reasons behind excuses, but rarely do we recognize or share them.  This is my analysis of the difference between reasons and excuses.

Reasons
A reason for not doing something is usually delivered proactively and offensively.   As humans we tend to think about reasons for not doing something in advance of the action, not after.  It is usually identified before the deadline and offered without being asked.  It will be given from a position of control or in an attempt to demonstrate that control is being regained.  A reason is delivered with very few clear and concise words, with a request for permission rather than an apology.  The person who isn't going to meet the target offers a reason, takes ownership of the task and speaks honestly.

Excuses
An excuse for not doing something is usually delivered reactively and defensively.  As humans we often think about excuses for not doing something after the deadline has passed or at the last possible minute. We tend to only share excuses when asked and they are many times delivered with a downwardly shifted gaze and a defensive apology that is very verbose in an effusive attempt to explain and avoid any silence which will allow further questions.  Excuses deflect all responsibility and are lies we tell ourselves and others to cover up the truth.  We think of excuses after we have ignored all the reasons and done nothing or been unable to mitigate them.

Example:
I picked up fast food for dinner tonight because I didn't have time to cook (excuse).  If I had been honest with myself, I knew I was going to have to work late tonight for the last week and I knew my son had a baseball game.  I could have planned better and made something in advance or set the crock pot on a timer.  I just didn't plan well enough (reason) because it was just too much work.

Example:
I didn't meet that deadline because my coworker was not carrying her load and I didn't have time (excuse). If I had been honest with myself, I really didn't know how to do the task delegated to me (reason) and I didn't want to ask for help because I thought I would be judged. I feared that my boss would get angry with me and I would disappoint her, so I blamed it on someone else.

Example:
I did not get enough sleep before my long run because my kids asked me to watch a movie with them late last night.  This is resulted in poor performance during my run.  If I  am honest with myself, my kids are the most important thing in my life (reason), and I am ok with this.  If my runs suffer right now, I'm ok with that.  My reason is important and not an excuse.  I recognized this BEFORE I stayed up late and I made a decision to accept the consequences.

Example:
I will not meet that deadline because I have had to do many things that are higher priority (reason).  I know you are counting on me but I need more time to complete the task. (asking permission rather than forgiveness)

In examining myself, I can't help but wonder....when I criticize myself, am I falling short because of good reasons or excuses? What stories do I tell myself and the people who are counting on me?  Why is it so hard to state our reasons rather than our excuses?  To ourselves?  To others?

Fear of failure.  Fear of judgment.  Fear of disappointing ourselves and others. Fear of appearing weak and incompetent.

It takes courage to avoid making excuses and taking ownership of our shortcomings.  We need to feel safe in order to do so.  How can we feel safe enough to be honest?

This is my personal revelation of the day.  I need to give myself and others more grace and permission to have reasons rather than excuses.  I need to give those I work with more grace...to admit their reasons in order to avoid excuses.

Grace helps us see the reasons behind the excuses.

God, grant me the wisdom to dig deep enough to find my reasons behind my excuses, and give others permission to do the same.

Email ThisBlogThis!Share to TwitterShare to FacebookShare to Pinterest
Labels: excuses, forgiveness, grace, leadership, no excuses, reasons, the laws of nature