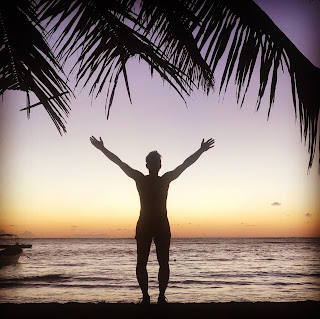 The Christmas decorations are packed up, the kids are back in school, and Training Peaks is sending me notifications.  It's mid January in Winnipeg, and I am solidly back in training mode for my first race of the season.  It's coming up quickly on February 4th, the inaugural  Frozen Falcon 8-Hour Endurance Run.  A timed looped course race in the dead of central Canadian winter would NOT normally interest me in the least.  I have never run that long in potentially dangerously cold temperatures.  The idea of doing such a thing honestly scares the hell out of me - so of course I must do it!

Over the past few weeks as I re-examined and clarified my WHY for running and racing, a few key drivers emerged:

1) To explore
2) To spend time in the mountains
3) To be challenged
4) To honor, maximize, and preserve my health
5) To be a part of my running community

I could list many many more reasons why I run, but these drivers are broad enough to encompass many of them.  Last year took a lot of out me.  I started the year recovering from a stress fracture in my foot.  I ran my first 100 miler in April after which I struggled with mental and adrenal fatigue.  When I finally felt recovered enough to race again in August, I badly tore a hamstring at the top of a mountain early in the race.  Following the best racing year of my life in 2016, last year was a year in which the energy flowed out but rarely in, and my body was showing the signs of the stress.

Last fall I wasn't sure if I wanted to run another 100-miler, but I signed up for Sinister 7 to hold a spot.  The Western States lottery came and went, with the dice not rolling my favour this year.  I honestly wasn't too disappointed, because I know that if I am to do another 100-miler I need to do it very differently and I need time to become a better runner in order to do that.

Late summer and early fall, I struggled with maintaining my training mojo as I rehab'd my hamstring and even after a few months of relatively low mileage and a Mexican beach vacation, I was still not very motivated to run.  Laying in a hammock on the beach on New Year's Eve, I decided that what I really need this year is a rebuilding year.  Racing has never been a big motivation for me, and I realized that I needed to give myself permission to protect my energy, say no to things I don't REALLY want to do, and stay true to my running purpose.  It's so easy to get caught up in the FOMO, and I committed to stay true to myself. 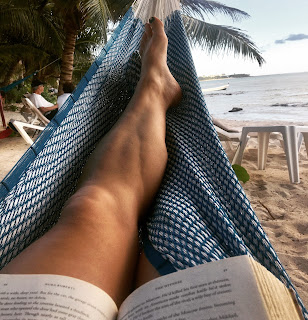 As aforementioned, this race scares me which means it provides a challenge.  I am very new to running in the hostile winter temperatures of Manitoba (-30 to -40C) and I honestly don't know if I can do it for 8 hours.  A looped course offers the safety of a warm place in case of emergency and the challenge of a temptingly easy place to spend WAY too much time.  Or even quit. My mind will be my biggest foe.

Everyone in our community knows that ultra runners are simply the coolest people around and it's fun to spend time with them!  This is the first ultra-race that my friend Joel is RD'ing in our local community and I just simply couldn't miss it. I've only been to Falcon Lake once, but the area really impressed me.  It's beautiful there, and if there is a place I can see myself running in circles for 8 hours in Manitoba, Falcon Lake is it.

I've never been to Lutsen, Minnesota and I've heard so much about how awesome the Superior races are, so I figured it was time to check the area out.  I may be tempted by the Superior 100 at some point, but I really want to stay healthy and injury free this year so I chose the shorter spring event. I know I can run 50K without injury or prolonged recovery, so it is time to fine tune and get faster at 50K!

This race was the first ultra I had ever heard about, back in 2003.  I seriously could not believe that races like that existed, more less that there were people who ran them.  It has always held some allure for me, and I think this is the year I will become a death racer.  It is also a WS and UTMB qualifier.  Check and check.

Although I am from Alberta, I have never been to Grand Cache, and of course have never travelled 125K over 3 mountain peaks on foot in that location!  I can't wait to explore totally new territory relatively close to home.

Sinister 7 is only 4 weeks before CDR which doesn't allow much recovery time.  In addition, I know that if you aren't 110% committed to running a 100-miler then it's over before you even begin.   So I decided to scrap that idea in favour of running for a week with my dear friend Sarah, timing it to peak for CDR.  I started this ultra-running journey with Sarah and every year we travel to a bucket list race.  This year our schedules and goals didn't coordinate for any races, but spending a week running in the mountains with her totally a la carte is even better.

Although Sinister 7 would cover 100 miles of mountain terrain, many hours would be in the dark and in a less than clear mental state in which I would miss much of what I came to see.  Our goal will be to log a 100 mile week with loads of climbing at high altitude, in the daylight with many options for epic summit pictures, the opportunity to explore several different trails in my favourite part of Alberta, all while racking up some serious girlfriend time.  I asked Sarah to officially coach me this year, and I trust her to get my legs and lungs ready for CDR!  (She finished sub 20 hours in 2011 - 7th female, 3rd AG).  Even a coach needs a coach.

I think I'm honestly looking forward to this week more than CDR.

So that's all I have planned.  I think it's enough.  I may throw in some shorter races here and there, but I must remember I am a full time working mom and wife with others who expect and deserve my energy and my best me.

This blog started as a way to share my journey into the world of ultra.  This post is part of that,  largely personal...a way for me to sort and clarify my thoughts and hopefully inspire others as they journey along this path with me.

As you run along the ribbon of single track that leads you from race to race this season, remember your purpose.  Stay true to yourself, and let that energy flow back into you as much as it flows out. 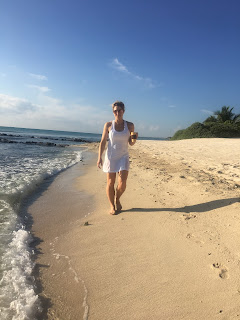