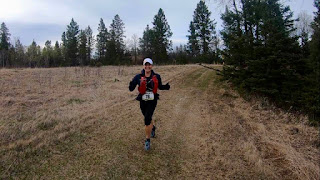 After a long (really long) winter and hiatus from writing, I'm back!!! If you couldn't tell from my last few posts, I've been through some serious life stress in the past 6 months.  But I continued to dream, to plan, to train, to run.  Quite frankly besides my faith, running has been the only thing in my life keeping me sane, and the only thing I can control.  My runs have provided me with a place to meditate, to pray, to grieve, to battle, to cry, to escape, to analyze, to process, to celebrate, to accept and to surrender. My runs have been my safe, predicable place, but with the threat of severe allergic reactions looming around every corner I initially stressed and felt threatened as I ran too..until I had to surrender even my running to chance and to the belief that God and the universe don't want me dead yet.

I continued to train with mindful intention, adopting many biohacking strategies, but mostly on intuition.  After 6 seasons of ultra running and 20 years of consistent training I've become a chef rather than a cook in the kitchen, often following a "napkin plan." I hoped that my relaxed recipe for success would turn out well...

Which brings me to the first race of my 2019 race season: Oxbow 50K in Spruce Woods Provincial Park, MB, Canada. This was the first race in my build up to Tahoe Rim 100 in July, my second 100 miler attempt and one I plan to enjoy more than the Zion 100 in 2017.  I was planning some long runs in May and I decided to throw a few 50K races into the plan since I'd be running long anyways.  When you want to go fast go alone, when you want to go far go together right?  Bring on the 50K party in the forest with my running tribe!!

So...the night before Oxbow I didn't look at the map until 9:00pm. I didn't have a race plan.  I put the kids to bed, threw a few things in a bag, set the coffee maker for 5:00am and went to bed.  I wouldn't recommend this for a novice ultra runner but I was planning on throwing some ingredients in a pot and content to see how the soup turned out.  I was confident and curious to see how my training had been going - this would be a  good test.

HOLY COW.  I've been racing 50K's for 6 seasons and always struggled to crack the 6 hour mark.  I've chipped away a few minutes here or there, largely dependent on how much climbing and gain there is in the course, but I haven't made any huge changes in my PR time in 6 years despite training really hard.

At Oxbow I knocked 36 MINUTES off my PR good enough for a F3/overall 20th finish in a race where the woman who won was F11 at Western States.  In any race under 100 miles 36 minutes is a HUGE jump for an experienced runner.  And to top it off, the next morning I felt AMAZING and did a 20K shakeout run to analyze WHY?  What the heck happened? 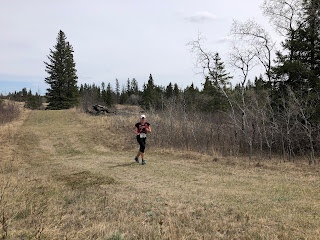 I have been more stressed, more fatigued, and less focused during this season than during any other.  I shouldn't be running well, it just doesn't make sense. Why am I finding myself feeling light, strong and powerful while running with (almost) endless energy to spare? As my legs and my mind woke up about 6 miles into my shakeout run, I came to a simple conclusion:

I was running lighter and cleaner in every way.

This was happening chiefly in two ways: physically and mentally/emotionally/spiritually.  Physically as much as I resented and resisted my anaphylactic reactions during running, they were the catalyst to drive me to change my diet. I have been gluten/dairy/egg free for 6 months and have never felt better. See my next post for more details on what I think is the largest factor in my recent improvement in performance.

Mentally, emotionally and spiritually I have also shed some serious baggage and genuinely let it go - surrendered to the path the universe and God have for me.  This has been the most liberating thing in the world and I know it's a factor in my performance.  The body and the mind are so connected and when you start to guard your energy from flowing out to the wrong places and open the floodgates to the energy of the universe flowing in, great things can happen.  See this post for more thoughts on this. (coming soon)

For now I am very very happy, celebrating that my training is on point, confident in my plans for the next training block, and excited to see what the future holds for me.  Bring it on!